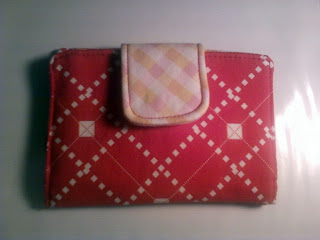 This is at a angle.. its not lopsided lol I didn't notice it til I posted it and too lazy to go take another pic... 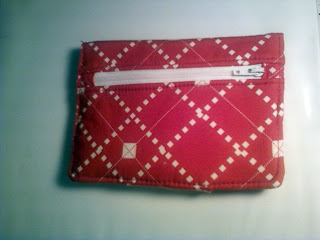 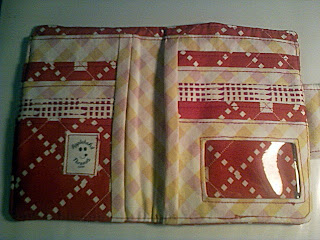 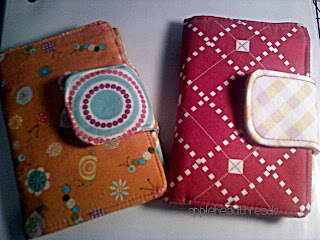 I finished the red one couple nights ago. I love these wallets, they are so easy to put together and NO BINDING! hehehe
The orange one I'm keeping but I made the red one better. I put a fleece interfacing in it and it made it sturdier. It calls for a insert for more card slots but I didn't mess with it as I think 10 card slots are plenty!! But I'm not your average shopper, one bank card does it for me!
This wallet pattern can be purchased from Debbie Cook's Etsy site.I love the name of it. OOO RAH wallet.. after I finished the second one I did say OOO RAH as it was late and I was glad to get in bed!!
But anyways the red one is posted on my Facebook applehead threads page in my store for sale!
Go here : Tabjuice

Want more pics?? OOHH thought ya did!!
I made this this morning!!!
It's a notebook cover with pockets inside and a pen holder on the outside!!! 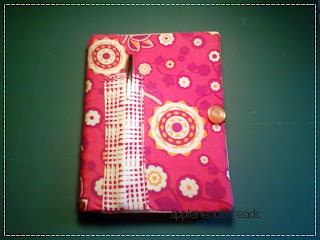 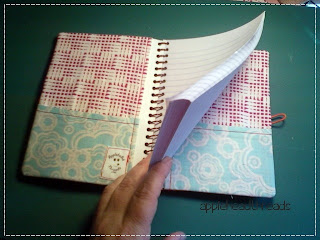 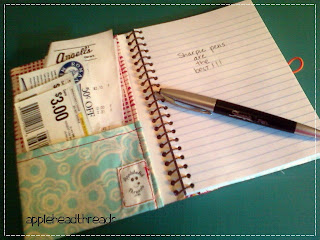 I went searching on line and found some great tutes on these.. they are all over blogger land.. I took two inspiration ideas and put them together and did some drafting .. yes.. I MADE MY OWN PATTERN!! and it was exhausting..ooohh woe is me.
Really its wasn't, but you would miss the drama queen acting here if I didn't say that...
I'm going to criticize myself... I only had to rip it apart once,, forgot to sew the pen holder in so its a tad off..I used some of my favorite scraps..= )
My label looks like crap! lol and I don't really like that button on there. It was easy to unfasten but with my slightly-all-the-time-numb finger  didn't work well trying to hook it back up.. I might try doing a flap with velcro next..
Would these puppies sell ??? Give me some opinions!! They seem to go quite well with me!
( I bought another Sharpie pen and like I needed a another pen!!  You don't wanna see my collection!! maybe that's another post! lol)

Have a great weekend ya'all!!!