Happy Veteran's Day to all the hero's out there!!!

I haven't posted anything lately, as I been busy being full time granny for awhile, and trying to get some sewing in.. I'll have to post finished pictures later this weekend.

Being a (retired) military wife I had to post about the vets!! My daddy was Army and served during WWII .
My husband Doug decided to join the Air Force right before we was to marry in 1982. So we was married in March and he was off to Texas for basic training in April.

He has recently retired putting in 29 years (It might be more? I lost track!) We lived in Georgia for 2 years, shipped to Turkey for another 2 ( we had the most fun here!) and then back to the states in Louisiana. He decided he wanted to get out and go back home (Indiana) and he landed a tech job with the Indiana National Guards. I just don't have the time to get in details with our travels and his time , but he served our country and he would do it again and not blink a eye. I forgot to mention right before he retired he volunteered to go to Iraq for 6 months.

I don't post alot of pictures of him as he doesn't like to be all over the internet but I'll sneak this one in!!!

He was proud of his jets!! He was a bomb loader. I think these was taken in Turkey?? So its a younger version of him.. maybe he won't mind lol 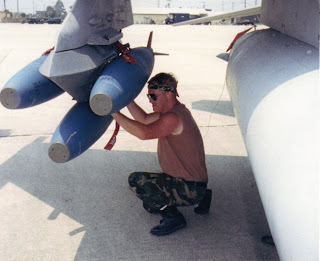 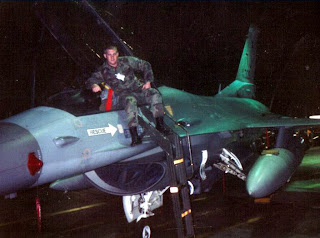 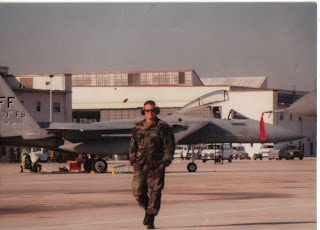 I think he misses working out on the flight line. No, I know he does. Proud of him serving all these years. And proud of each man and woman that has put their time in for us.
I also think we should fly our flags half mass every single day for all our Hero's that has died in duty.
Ok my time is up.. Zoey is turning my house into her own personal national disaster area.. eeks. 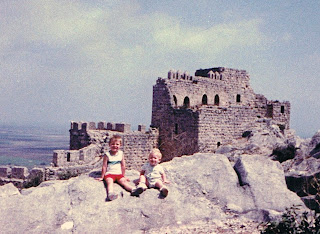 oh i had to update really fast.. This was taken in Turkey at one of the many castles we visited.. This one was called Snake Castle.. Those are my two boys when they were teeny tiny!! They are in their 20s now! And below is me and Doug, he was on leave from his schooling in Colorado, which I ended up quitting my job and going out there to be with him for 3 months.. Loved it there!!! Omg!! Look at my HUGE glasses!!! LOL but I was so tiny then = ( 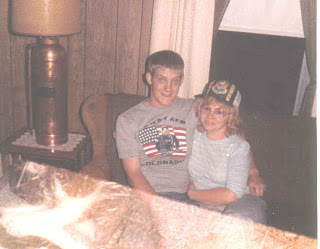